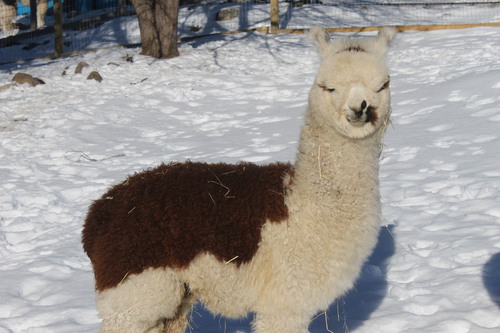 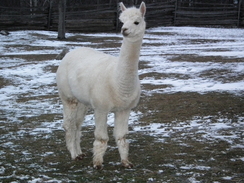 He is a very mild-natured animal - extremely friendly with the other alpacas and very curious about his surroundings.

Bandit is unproven, BUT, he was used as a stud and he successfully bred in the summer of 2017 - we will await his offspring in 2018!