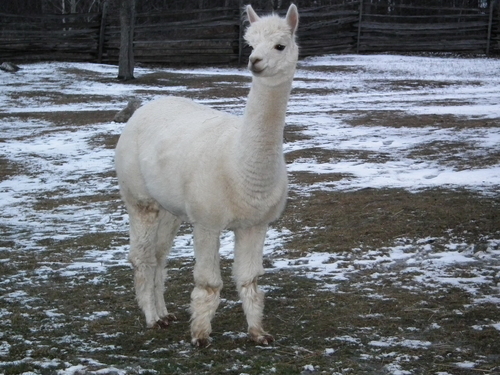 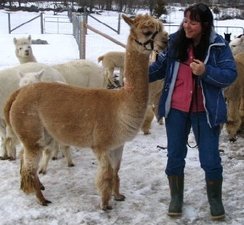 Ask a question
Details
Jeannie is a very friendly alpaca and an excellent mother. In fact, she is often seen "baby sitting" the other crias.

She is a large girl with very dense, white fiber.

She had a beautiful female cria in 2013, sired by Splitrock's Maybe I'm Amazed.